Lost at sea? Leading to a new course 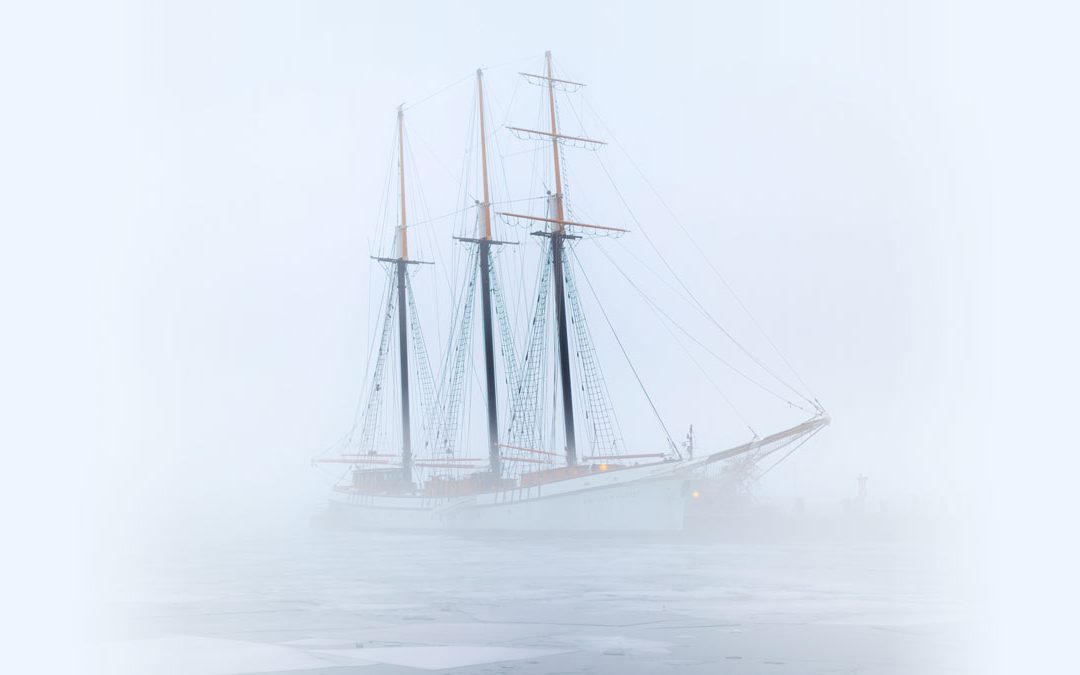 Can you imagine being hopelessly lost with hundreds or thousands of miles between you and your destination?

For three and a half centuries, since the first European voyage into open seas in 1418, European sailors had no way of pinpointing their longitude. With mission at hand, captains led their sailors into the unknown, hoping that the winds held their course. In 1714, the British Parliament mobilized the entire British scientific community to discover how to calculate a ship’s longitude at sea. Astronomers in heated competition against engineers and clock-tinkerers put in their best effort for the £20,000 prize. In 1765, after 43 years of trials, John Harrison invented a clock that could function on the tumultuous high seas, solving the deadly mystery.

The British Parliament enabled the scientific community to use their greatest strengths to solve this centuries-old challenge which had claimed countless vessels and lives.

Today, still, we all encounter situations in which we need the leader to point the team in the right direction. Teams thrive on leadership in order to work together and contribute their very best.

When we entered the new year, none of us anticipated that we would face an exceptional test. In past articles, webinars, and talks, I have shared views about how an individual, team, or organization can prepare to deliver their best when they need their best. Now is that time.

Leaders motivate the team to engage.

With so much outside of our control during the pandemic, it is important that we as leaders enable our teams to adapt to the rapidly changing situation and achieve their peak performance. This starts with motivating the team to engage. Doing so requires thought, creativity, and effort. Engagement is a leader’s greatest tool to further the organization’s mission. Engaged team members often have lower stress levels, greater job satisfaction, and higher energy and quality of work than their less-engaged colleagues.

Leaders may engage team members effectively by identifying each individual’s strengths and enabling them to apply those strengths in their daily roles. In order to identify strengths accurately, leaders must be relational with their team. Get to know the team on both a professional level and personal level to understand their background and learn about their interests, abilities, perspectives, values, and what they need in order to give their best. Sometimes it can be as simple as asking, “how are you?” Or, for example, asking how they became interested in their current job position and what they liked doing beforehand. Interests and values often have a basis in strengths. People generally enjoy what comes easily and are important to them.

Excellent leaders are clear and intentional in using team members’ individual strengths. Strong teams are built around individuals playing their position, and are more likely to consistently produce quality results than if, say, the shortstop is playing first base. Learning about their background provides insights into how they think and work, and how their role coordinates with the rest of the team. Employees that are naturally gifted at creativity and analysis should be in corresponding roles whereas employees who are naturally strong with strategy, execution, and influencing others should be placed in such roles.

Leaders set the stage for team members to thrive.

With employees in position, it is the leader’s responsibility to set the right conditions for everyone to thrive in their roles. Managers often overemphasize productivity without setting the foundation by being relational. In order for leaders to enhance a team’s productivity, the leader must be intentional about being relational. What does each team member need from the leader or from others in order to deliver their best? Employees should be able to turn to leaders for help in overcoming barriers to their job functions and set the conditions necessary for them to carry out their role efficiently. Leaders facilitate the roles of team members.

Employees feel valued and engaged when they perceive that the work they are doing aligns with what they view as excellence. Understand that excellence comes in different forms to each person. Many leaders might define excellence as finishing a project quickly with high quality and under budget by pursuing aggressive deadlines and margins. But do exhausting hours and tight deadlines motivate employees to engage? It may temporarily increase productivity, but it grinds them down.

Excellence requires more than getting the job done. As a leader, how do you define excellence? How would each member on your team define excellence if asked? Their answers are likely based on their values and the results they aim to produce. When employees are working toward goals that they believe are significant to the organization’s mission, they will engage more fully in their work.

A sports team’s mission is to compete effectively in order to win. Coaches often find it necessary to change a player’s position in order to improve the team’s performance as a whole. In those situations, it is not uncommon that the player thrives in the new position and the team finds itself on a new winning course.

By positioning roles to have team members using their natural abilities, they contribute to the mission and find effective ways to collaborate. When you look at your team, what different strengths do you see? And what would you seek to find? How would you know what you should be seeking to find? With our team situation or work situations changing so rapidly, the reactions and preferences of those on our teams also may be changing. As a result, it is important for leaders to begin functioning as a good coach, asking questions in order to lead rather than giving orders as a manager. How are your individual members each unique, and what do they bring to the team?

Positioning individuals to fulfill roles on a team based on their natural abilities maximizes their engagement, increases productivity, and reduces stress. Employees that are engaged are often happier and more productive. Engagement has a strong correlation with lower stress levels. A Gallup study found that thirty-five percent of individuals in a workplace without a strengths-based culture experienced high levels of stress, whereas 5% of individuals in a strengths-based work culture experienced high levels of stress. Increasing a team’s productivity and quality of work is directly impacted by the leader’s decision on how to coordinate team roles.

Strong teams have members working not simply areas in which they have learned to excel, but with their natural abilities. Stressful times distinguish natural strengths from learned strengths. Under pressure, when all people do not have the time to think, they resort to their natural abilities. Those abilities best determine the roles of members on a team. The work that they complete in other areas may still show up as excellent work, but they will have to strive and work harder for that same level of excellence.

Leaders leverage their own strengths in support of the team.

Finally, the strengths of a leader also matter. Many leaders believe all their strengths are natural. But how could we distinguish them? What happens when you lean too heavily on learned strengths? Leaders will encounter different situations that each require unique abilities, such as building a following, motivating team members to engage, caring for team members in the midst of challenges, among others. As a leader, what are your best strengths? Leadership may not always be expressed through giving orders. In what situations do you find a need to exercise leadership, and how is that expressed among your team? What other strengths do you need to build or add around you in order to create a strong team with energy that lasts? As a leader, how might a new course for your team begin with you viewing this area differently?

It is time for a new course. Teams now face a greater challenge to find new ways to work together. In response to the rapid changes, the ever-present Zoom calls, and the clear need across all teams to rise to new challenges, the dynamic between leaders and teams will matter more than ever. How will we find new approaches that build stronger teams with energy to last? Let’s start by looking at the strengths already present in the room in order to find new ways for everyone to engage.